Party chairman S.Tumursukh says a provision of the law on “direct voting” violates a provision in the Constitution. He says the heads of political parties could improperly influence voters under the election’s proportional system, which would violate direct voting.

The Constitutional Court, which has operated without its head for six months, will soon discuss the party’s complaint. www.news.mn 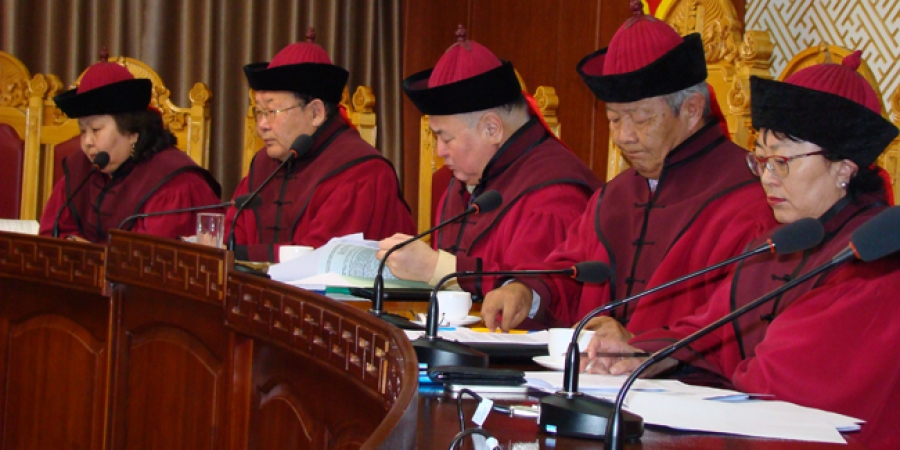 The Constitutional Court secretary has planted a tree
No Comments

“SEPARATION OF POWERS AND CONSTITUTIONAL COURT” INTERNATIONAL CONFERENCE
No Comments

Fourth Plenary Assembly on “Democracy and corruption” was held virtually